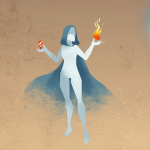 Welcome to my page. This is my junk:

Your edit was removed in accordance with our Spoiler Policy.

Please refrain from adding information from new episodes until the registered user's release on the Rooster Teeth website one week after the FIRST member's airing.

If you would like to discuss the episode, please feel free to join our spoiler-friendly discussion thread here.

location (this template can differentiate region and city)

rewatch cinder's scenes and her abilities

Cinder possesses a high degree of skill that, in "Ruby Rose", rivals or even surpasses that of Glynda Goodwitch. She can make extensive use of raw Dust without difficulty. Her primary technique at the time of their battle was a highly forceful blast of fiery projectiles, which is powerful enough to block and knock back some of Glynda's manipulated debris. It was later revealed by the presence of her tattoo that Cinder had obtained half the Fall Maiden power prior to this confrontation, although the Maidens were not added as a story element until after Volume 2 and thus were not a canon aspect of the show at the time.

Cinder's capabilities also include summoning orange and black circles that can explode from the ground, as well as an Aura-based blocking technique, easily capable of withstanding Crescent Rose's bullets. It should also be noted that before her powers were stolen, Amber was seen doing the same thing with Emerald.

Noticeably, in early volumes, some of Cinder's abilities emit a high-pitched whistling sound when cast.

Cinder has a strong command over Dust, often wielding and manipulating it in battle. In "Dance Dance Infiltration", she is seen transforming a cloud of dust she had previously dispensed into several shards of what appears to be glass, which she proceeded to launch as projectiles. She also displays the ability to do this with ordinary dirt, after she kicks dirt into the air while fighting Amber in "Beginning of the End".

She's able to conjure a Dust-based pair of dual black glass swords, as well as seamlessly transform them into a bow with a series of black glass arrows ready to fire. Her most notable use of reforming her weapons occurs when she melts down and reforms an arrow as Pyrrha Nikos shatters it with her shield, maintaining its forward force and successfully piercing Pyrrha's ankle. Cinder is also capable of triggering this ability to change the shape of Dust-imbued clothes, as shown by her instantly changing into a dress for the dance in "Dance Dance Infiltration".

In "The More the Merrier" she shows the ability to summon more various weapons of scalding hot glass such as swords and spears which she can shatter to form weapons of pure flame.

She is quite skilled in both unarmed combat and swordsmanship, using such skills to fend off numerous Atlas Soldiers at once and easily defeating them without being hit once. She was confident enough in her skills to walk right up to them, despite the fact that this alerted them to her presence. Such confidence is also seen when she decides to reveal herself to Ruby, smiling while doing so and attacking the young Huntress instantly. She possesses enhanced speed, strength, reflexes and endurance. In "The Coming Storm", she was able to land a couple of hits on Neopolitan in their fight, a feat that not even Ruby or Yang was capable of doing.

Cinder has shown to be quite stealthy as well, having sneaked around a guard to easily knock him out. She is skilled enough in infiltrating places without getting caught, able to calculate so that she can escape and blend in, as seen in "Dance Dance Infiltration". She also successfully infiltrates Beacon Academy along with her partners Mercury and Emerald without raising suspicion to herself and having others believe them all to be from Haven Academy.

Her marksmanship skills are shown during her infiltration of the CCT and her plan to capture Amber's powers in "Dance Dance Infiltration" and "Beginning of the End", respectively. She is capable of launching three arrows at once with great accuracy and pragmatically exploiting any advantage whenever possible, such as launching an arrow in Amber's back just as the latter was about to kill Emerald.

During the Fall of Beacon, Cinder gets hit by Ruby's Silver-eyed power and is crippled. Her left arm is replaced with a Grimm limb that resembles that of a Geist. Her arm is able to stretch very far and has incredibly sharp claws, which she uses to easily impale Vernal in the stomach. She can also use it to siphon the powers of a Maiden. While it cannot channel Aura, she is still able to channel her Maiden powers through it. It's implied that the arm itself possesses some sort of sentience, as Salem instructed her to make her new limb respect and fear her.

After fully acquiring the Maiden's powers, she is able to utilize more elemental attacks, though she most often chooses fire-based attacks, and gains the ability to fly. Additionally, she is strong enough to withstand great force and uses fire-based power to melt items in her grip. As the Fall Maiden, she has access to the chamber of the Relic of Choice.

Cinder is also adept at piloting, able to fly a Bullhead during one of Glynda's attacks.

Following an unexpected defeat during the Fall of Beacon at the hands of Ruby, Salem reveals that upon acquiring the powers of a Maiden, she gained a "crippling" weakness to the powers of the silver eyes. However, Salem does not elaborate on the specifics of her vulnerability, or whether it's a unique case due to her usage of a Grimm glove. After getting a Grimm arm grafted into her body, it's innately soulless status prevents Cinder from protecting it with her aura, leaving it vulnerable to other weapons and silver eyes. Upon her first exposure to the silver eyes, Cinder was greatly weakened and significantly injured, and during her second exposure, her weapon dissolved and her arm reacted badly.

Retrieved from "https://rwby.fandom.com/wiki/User:EmBELLEm?oldid=1121821"
Community content is available under CC-BY-SA unless otherwise noted.