Shane Newville is a former animator for RWBY, former employee of Rooster Teeth Productions and was the voice actor for Russel Thrush and the Atlesian Knight-130s.

He has another animation he created, with Monty Oum's help, on Rooster Teeth's channel. Within Rooster Teeth, he was known and appreciated for adding little, unscripted touches to scenes that gave them more character.[1]

Shane also has a personal YouTube Channel where he posts animations.

He had been working with Monty for nearly seven years and was a co-animator for Red vs. Blue Season 10.

Shane was let go from Rooster Teeth in early January 2016.[2]

He is a father and was married to Katie Newville, the voice of Emerald Sustrai; however, the two separated.[3]

In May 2016, Shane released An Open Letter to All Who Treasured Monty Oum, a controversial 36-page document giving a detailed personal account of his time working on RWBY and the events following Monty Oum's death. 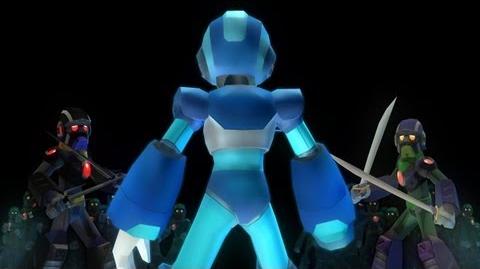