Digital Chapter 14 Cover
Add a photo to this gallery 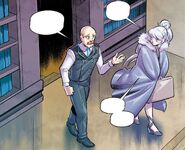 Klein sees Weiss off before she leaves Atlas.

Weiss decides to free the other animals.

Weiss decides to save the Faunus workers.

Weiss stand up to her mother about freeing Faunus and animals. 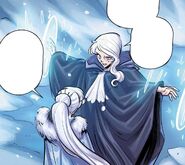 Weiss prepare to fight her mother.

Weiss' farewell to her mother.

Weiss continues to her journey.

Team RNJR and Qrow in Mistral.

Ruby and Yang's childhood with their father and uncle. 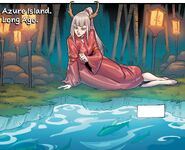 The Faunus Princess of Azure Island. 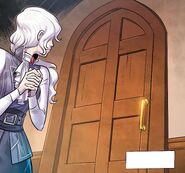 Willow decides not to help Jacques.

Raven watch her daughter from afar.

Team RWBY reunited in the future.
Add a photo to this gallery
Retrieved from "https://rwby.fandom.com/wiki/RWBY_7/Image_Gallery?oldid=1092285"
Community content is available under CC-BY-SA unless otherwise noted.