Digital Chapter 10 Cover
Add a photo to this gallery

Weiss reading the book she won at Beacon.

Weiss reunited with her mother.

Weiss and Willow having a conversation.

Bears seen outside of Schnee Manor.

Willow suggests they should spend time together to Weiss. 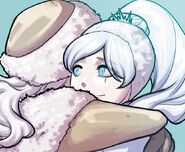 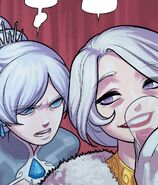 Weiss angry at her mother for taking credit. 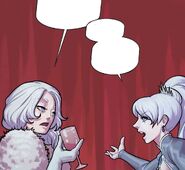 Weiss stand up to her mother.

Willow give credit to Weiss for capturing a hailstone hind.

Weiss decides not to be her mother's true daughter anymore.

Weiss free the hailstone hind into the wild.

Weiss' resolve.
Add a photo to this gallery

The Kingdom of Mistral.

Team RNJR and Qrow at Mistral. 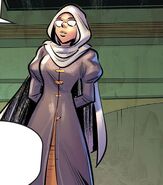 Madam Xahn suggests Ruby to go to the Garden.

Madam Xahn talks to Ruby about the Garden.

Ruby going through the Garden maze.

Ruby humble across a sunflower field.

Ruby stress about saving the people she loves.

Ruby talking to a red bird about her problems. 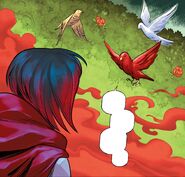 Ruby's resolves to protect her love ones.

Ruby thinking about her family and friends.

Ruby made it out the Garden maze.

A red bird gives Ruby something. 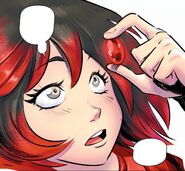 Ruby is given a red stone from a red bird. 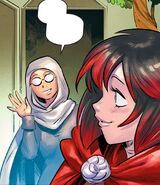 Madam Xahn informs Ruby about Qrow.
Add a photo to this gallery

Retrieved from "https://rwby.fandom.com/wiki/RWBY_5/Image_Gallery?oldid=1055470"
Community content is available under CC-BY-SA unless otherwise noted.