Digital Chapter 2 Cover
Add a photo to this gallery

Ruby's fascination with stories in her childhood 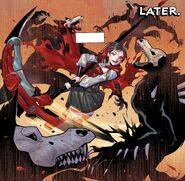 Ruby fighting Beowolves after the Fall of Beacon

The Xiao Long-Rose family when Ruby and Yang were kids 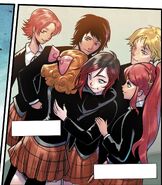 Some of the friends Ruby made at Beacon

Team RWBY during their Beacon days

Ruby at the end of the Battle of Beacon

The ones who destroyed Beacon

Ruby thinking about the people she lost

Ruby goes back home after the Fall of Beacon

Weiss is taken back home

Blake flees the City of Vale

Ruby and Taiyang care for Yang

Taiyang sees RNJR off as they begin their journey to Mistral

Weiss is stuck at home

Blake sails away from Vale

Team RNJR travel through the forest of Hinoki. 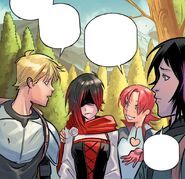 Jaune and others are concerned for Ruby. 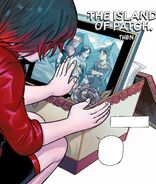 Ruby is sad that nobody celebrating her mother's birthday.

Yang takes Ruby outside to tell her about Summer.

Raven tells Ruby the stories she heard are lies.

Ruby facing off with a Lancer.

Yang checks up on Ruby.

Ruby asks Yang the stories she told her were lies.

A hint of Summer's weapons she used.

Ruby after the battle against the herd of Lancers. 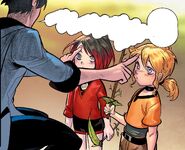 Team RNJR.
Add a photo to this gallery

Retrieved from "https://rwby.fandom.com/wiki/RWBY_1/Image_Gallery?oldid=1041786"
Community content is available under CC-BY-SA unless otherwise noted.