The RWBY: Volume 3 Soundtrack is the soundtrack album for RWBY Volume 3. There are 30 tracks in the album, for a total run length of 2 hours and 22 minutes. It was released on iTunes on May 3rd, 2016. Shortly after its release, it reached #1 on the iTunes digital charts.[1] It was made available on music streaming service Spotify on July 31st, 2016. The Japanese edition of the soundtrack was released on November 30th, 2016.[2]

Some of the background scores and musical cues from Volume 3 episodes were also made available by composer Alex Abraham on his SoundCloud.

At PAX East 2016, Jeff Williams hosted a panel and talked about some of the tracks on the upcoming album, including his writing process and the inspirations behind some of the songs.[3] 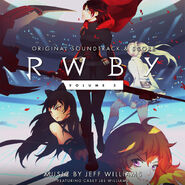 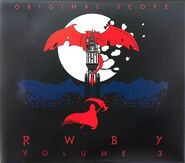 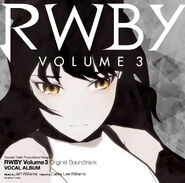 Alternate Japanese cover
Add a photo to this gallery

Retrieved from "https://rwby.fandom.com/wiki/RWBY:_Volume_3_Soundtrack?oldid=970336"
Community content is available under CC-BY-SA unless otherwise noted.