The fifth chapter of the manga adaptation of RWBY was published in Shueisha's Ultra Jump May 2016 issue on April 19th, 2016.[1]

This chapter is a retelling of the first half of the "Black" Trailer, revealing that Blake Belladonna was told by Adam Taurus that the White Fang was planning to hijack the Schnee Dust Company train and give the stolen Dust to the Faunus living underground.

Adam calls out for Blake 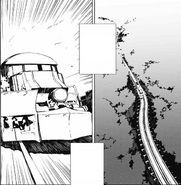 A side view of Adam 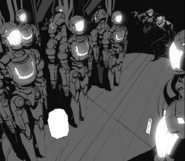 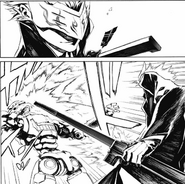 Adam stuns an AK-130 with his weapon 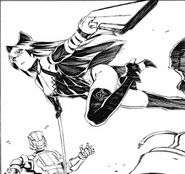 Blake fights several AK-130s on top of the train

Blake and Adam destroy the AK-130s 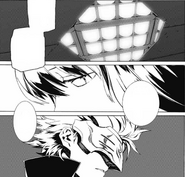 Retrieved from "https://rwby.fandom.com/wiki/Chapter_5_(2015_manga)?oldid=940142"
Community content is available under CC-BY-SA unless otherwise noted.