The first chapter of RWBY: The Official Manga was published in VIZ Media's Weekly Jump Issue on November 19th, 2018.[2]

The first part of the chapter covers "Ruby Rose", where Ruby Rose faces off against Roman Torchwick and his henchmen and has her conversation with Ozpin and Glynda Goodwitch. The next section covers "The Shining Beacon", where Ruby meets Weiss Schnee, Blake Belladonna and Jaune Arc when she first arrives at Beacon Academy with her sister, Yang Xiao Long. The final section covers the events of "The Shining Beacon, Pt.2" where Ruby talks about how she wants to become a Huntress with Weiss, Blake and Yang. Afterwards, all four of them gets scolded by Glynda for staying up all night pass their curfew.

Chapter 1 Japanese cover
Add a photo to this gallery 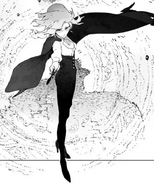 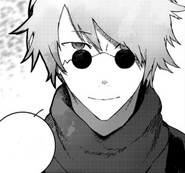 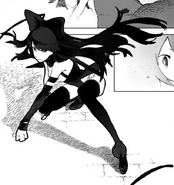 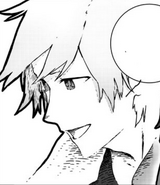 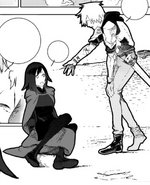 Ruby meets Jaune
Add a photo to this gallery

Retrieved from "https://rwby.fandom.com/wiki/Chapter_1_(2018_manga)?oldid=1105004"
Community content is available under CC-BY-SA unless otherwise noted.