Do You Have a Plan? - RWBY: Ice Queendom - S1E6 - Rooster Teeth@RoosterTeeth

Obviously, if you haven't watched it and don't wish to be spoiled, stay away! 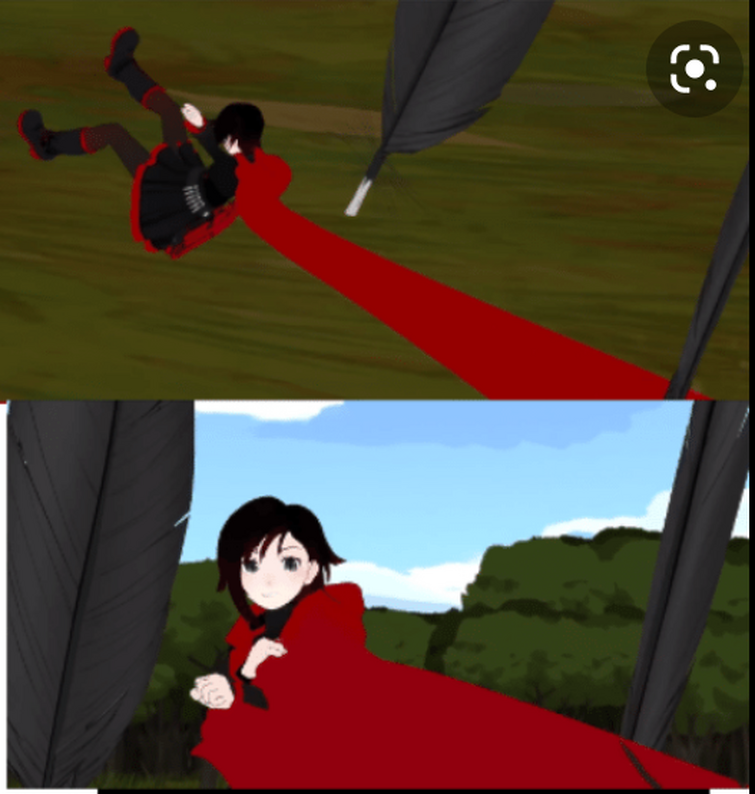 (edited by The Trumpet player of)
Volume 8Creation

Spoilers are only permitted on this thread.

So now we have Yang's Group infiltrating Monstra, and we see the formerly fractured team working together, no longer distrusting one another. Very nice to see their bonds being repaired, a breath of fresh air I'd say.

And Hazel has Oscar summon Jinn, but that's all he does since it shows Oscar was telling the truth. Emerald witnesses this, so Hazel decides to help her and Oscar escape, unaware that a certain ice cream had overseen the whole spectacle.

As the Atlas army holds the line, the bomb is delivered. Winter is determined to transfer it into Monstra as ordered, regardless if the heroes have escaped or not. Marrow asks if she'd do the same if Weiss was in there. Winter sadly confirmed it, citing it was her duty, putting it over her heart yet again.

Emerald brings a disguised Oscar to the group, and though Yang is especially upset over everything Emerald has done to them, she promises to help them escape.

As they reach the "hangar," Salem catches up to them. Though the heroes to their best, Salem's Grimm regeneration renders all their attacks futile. Yang calls her out for taking Summer from her, which amuses Salem. Though she's not amused the Lamp is stolen, and reasons Emerald took it. Though Hazel arrives, discreetly returns Oscar's cane, and finally turns against Salem to avenge Gretchen. He overloads himself with Dust, but even then he cannot kill Salem. So he binds her so Oscar can deal the finishing blow, as the episode ends.

EDIT: Overall, this was a pretty solid episode, with plenty of character interaction, always love that.

But man, they're gonna regret not using that last question, because either Neo is stealing it for Cinder or possibly gonna do an about-face and claim she "recovered" it for Salem, thus giving her the chance to find the Beacon Relic. Not good.

Bring all discussions for the episode Dark here.

Well that got intense really quick right near the ending there.

Bring all discussions for the episode War here.

Popping in briefly to make the spoiler thread.

Damn, that's a lot of death flags. Cinder is SO screwed.

Bring all discussions for the episode Amity here.

Bring all discussions for the episode Fault here.

Second verse, same as the first; keep spoilers for the new episode in here. Doesn't work quite as well as how we used to do, but it's as good as we can manage right now.

As per our usual methods, this thread is for discussing the newest episode. Please keep all spoiler-containing discussion of the episode here until the non-registered member's release on the RT website next saturday.

To those who didn't know, new trailer just dropped.

To those who already have seen it. Any thougts?

-The likelyhood of Yin-Yang-mustache-gang-buddy-breakout grew to completelly new level and I'm weirdly happy about that. Also Atlas cells have zero privacy

-Nora might have somewhat big role in the next volume????

-The plan is more or less to get Amity up and call for help. Soooo.... The girl gang is probably trying to steal the staff

-Both Tyrian and Cinder will join Salem pretty early. With assumption that they used only first half of the volume for the trailer like before.