Hello, this is for the Wiki’s Mods, Admins, and Bureacrats. Sorry if this seems too pedantic or too nitpicky, or too negative.

As you know, some people have a negative opinion about the wiki. Claiming it to be an unreliable source. Saying the points on the trivia sections on a few pages are nothing more than baseless headcanons. As an active member on the wiki, I was thinking on how we end these accusations and show people we are a site of factual evidence about RWBY. That’s omitting the trivia facts that have no reference links attached to them and not burying our heads in the sand.

This has never been confirmed by any of the members of CRWBY and is just speculation. Until it is actually confirmed by CRWBY themselves in the Volume 8 Commentary, I feel it should be deleted.

This has no evidence to prove Blake’s Semblance was ever inspired by C.T.’s hologram armor enhancement. The creators have never confirmed it ever was.

The thing is just because Bartholomew Oobleck and Caboose share the same voice actor, doesn’t make it a reference to RT’s other animated series.

There is no reference to even back this up. In all honesty, the entire Mettle page is surrounded by speculation due to its complete vagueness.

Like I said before, I'm sorry if this post seems too nitpicky or too pedantic, or too negative, but I want people to view the series' wiki as a place of factual evidence about the show, and stop the accusations of it harboring nothing but headcanons and speculations.

So I've been thinking about how much necroposting happens in this wiki and how people keep forgetting about the 3 month rule and post on and old thread anyway. I noticed some other wikis have there threads automatically lock after 3 months have passed and was wondering if we should do the same to prevent Necroposting altogether?

Why is the Wiki Twitter remaining in the main page? It's out of date. Keeping it is just pointing out "look, we have an abandoned Twitter account!".

I think it should be removed.

I originally brought this up in a comment on Cinder's page, but I'm not sure that was the right place to do it. So I figured I'd try here.

This is a minor nitpick, but something that's bothered me lately is the apparent inconsistency in the aspect ratios of the profile photos in the characters' infobox. There's also "black/gray bars" (for lack of a better term) on the tops and/or bottoms of some of those pictures.

I've got some re-cropped images from Cinder's template for use if they're wanted. I tried just replacing the images myself but I couldn't for some reason. These have all been cropped to be a 1:2 aspect ratio with the black bars removed: 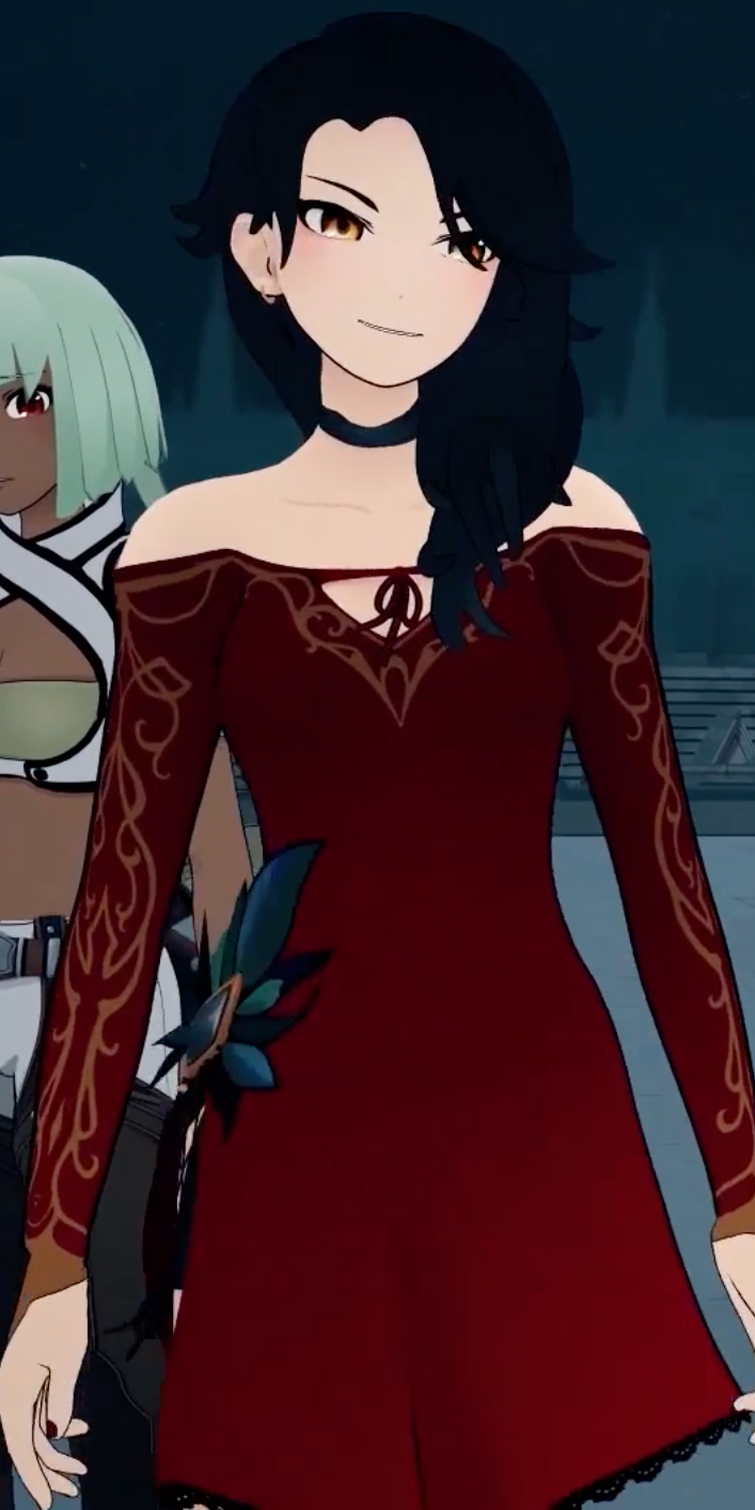 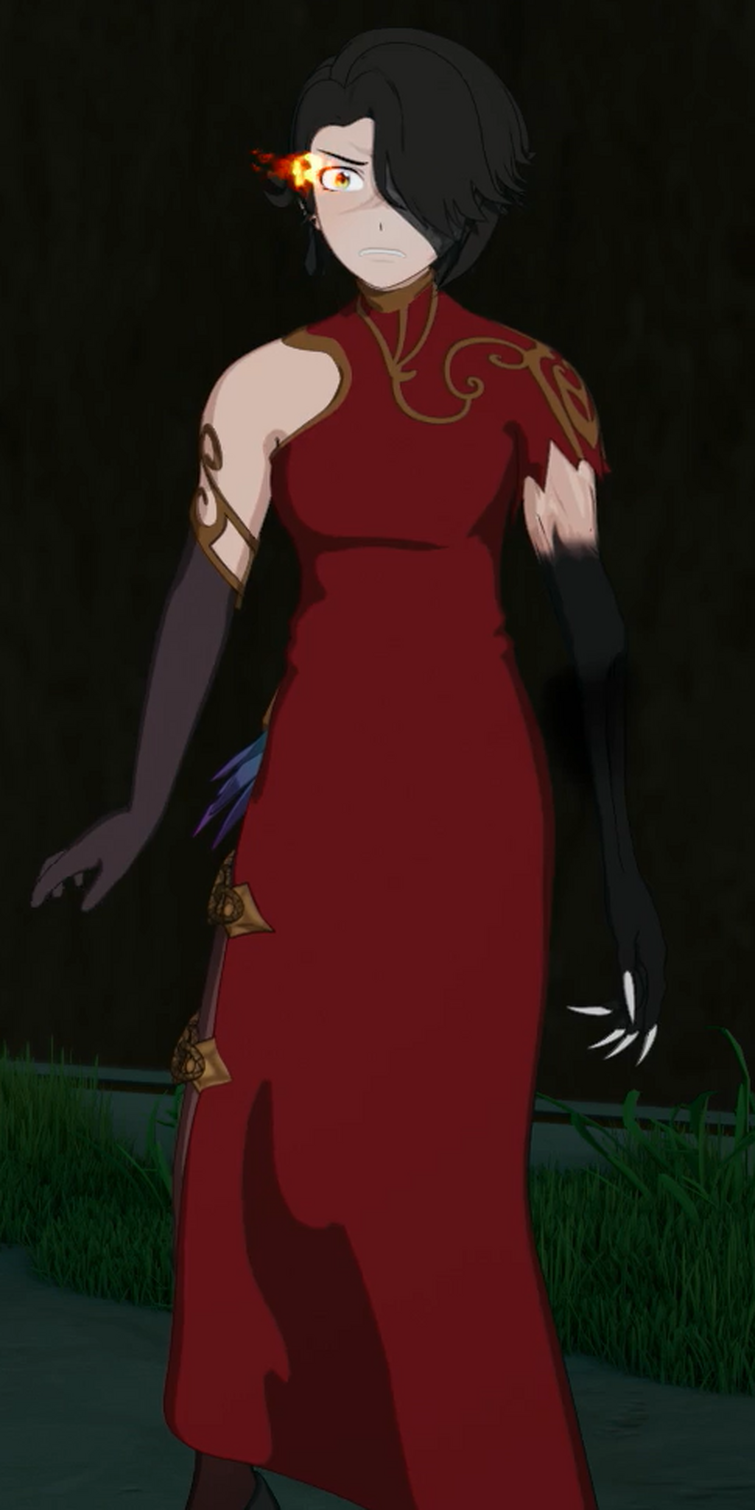 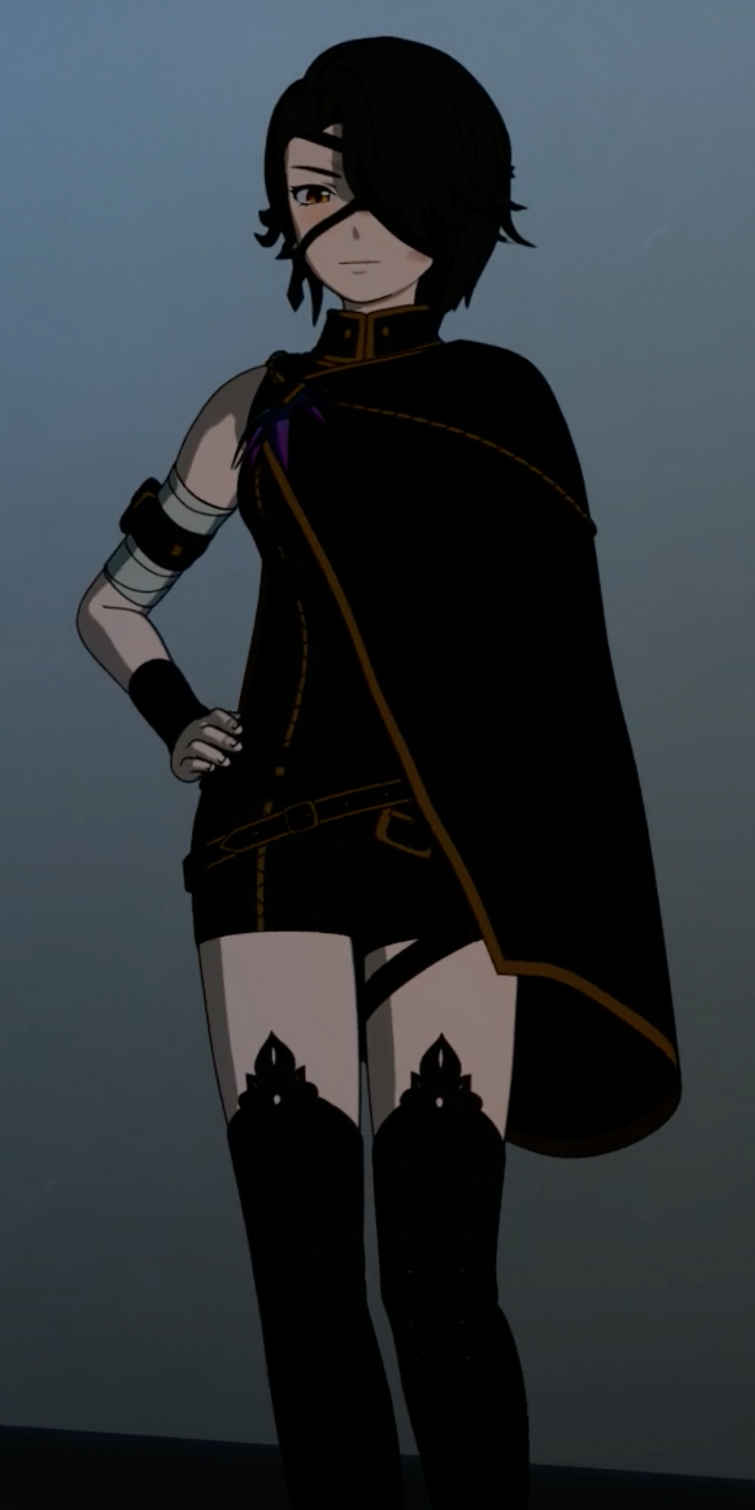 This problem affects other characters too, I just first noticed it on Cinder's page. I can give examples of others if necessary. It's not really a big deal, just wanted to bring it up to maybe give the wiki a more "clean" look imo.

P.S. Cinder's bangs are clipping through her mask in her current Atlas pic.

I made this edit of Neo wearing a Mistralian Pilot disguise. This was in the show in V6C13, but it was only present during her transformation to her Atlas arc outfit for like five seconds. I stitched it together using multiple screenshots, and it's worth noting that in the show, she is not wearing her hat for this outfit. However, in order to make a clean edit, I added her hat because her head is obstructed by the frame and by her semblance effect. Is this worth adding to Neo's page under her disguises? Or since it's heavily edited, is it too far beyond official to be included? 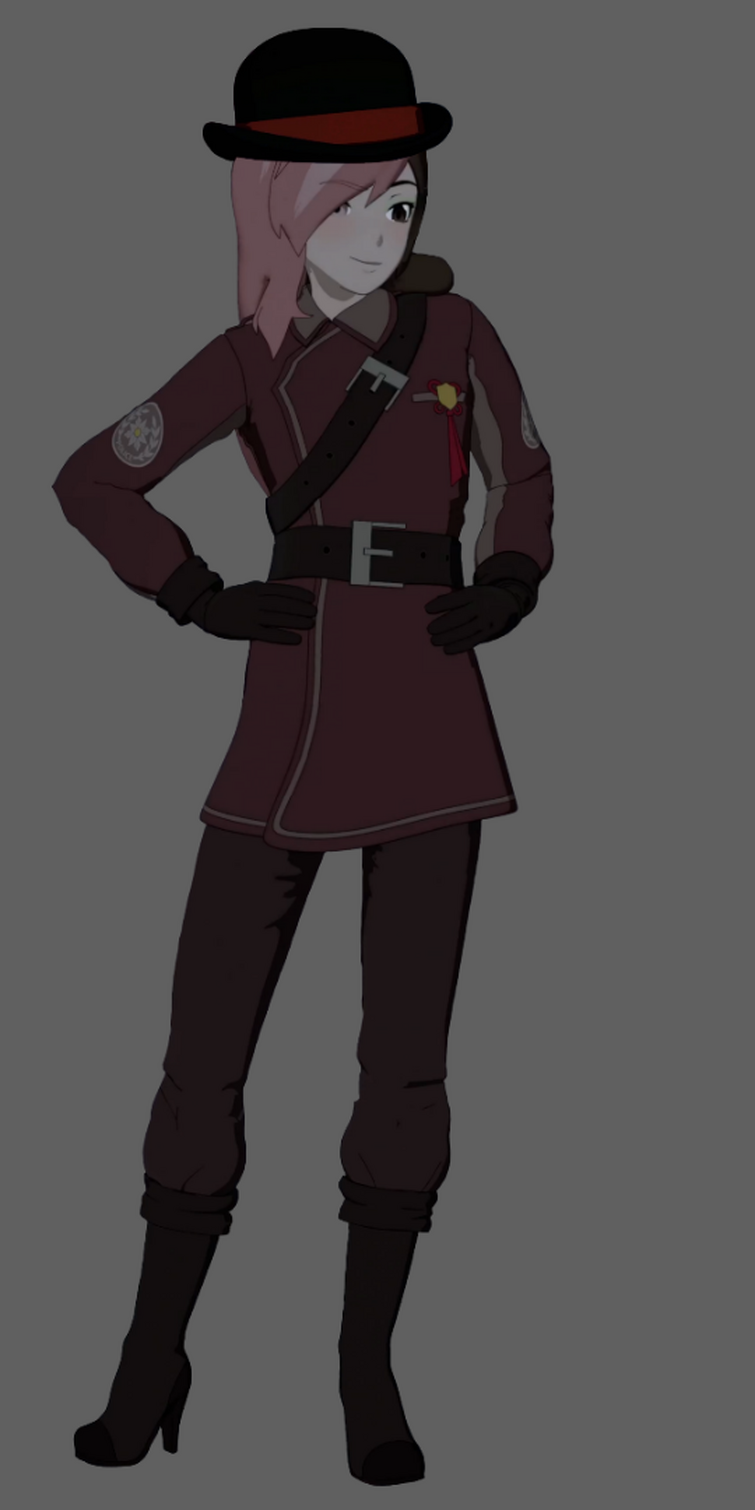 We broke rule two about civil behavior by insulting each other, they called me a lunatic and accused me of lying while I called them an idiot I also threw a few indirect insults but either way we both broke the civil rule.

Ten Reasons Why Ruby is a Failed MC | Fandom1 - She's far too OP; has a built-in deus ex…rwby.fandom.com

They may have insulted me first, however, I still lost my cool.

Basically, I’ve noticed that some of the characters have different aura colors then what is listed on their fandom-wiki pages. I’ll list two examples below with references.

2: Lie Ren. The page list it as ‘Pink’ when it looks like a shade of Light Magenta in Volume 8.

Anyone think it does as well? I’m thinking that RT changed the colors to give the characters a more ‘unique’ look to them. 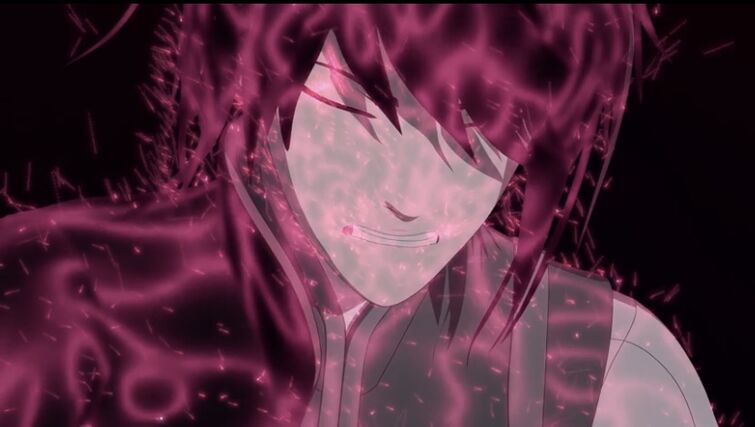 About a month ago I added RWBY's score in the "Featured Music" section for each episode through Volumes 5-7, as they had previously been done in Volumes 1-4.

With the shift to more dynamic titles for the score in those recent Volumes, it would be hard to distinguish whether a song in one of those pages is a lyrical song or a score for someone who doesn't know the soundtrack. I tried to somewhat negate this by putting the lyrical songs at the bottom of the list, but there's nothing to indicate how many of them are in the list or if there are even any there.

Since the lyrical songs of RWBY are much more popular than the score, there are people who could hear the song in the episode and check the episode page on the wiki to see what the song is called, only to not be able to tell which one it is with all of the score mixed with it.

As such, I am proposing the idea of adding an "Episode Score" section to the episode infobox template before "Featured Music", to distinguish the score from the lyrical songs.

Hey, I transcribed the V7 commentary but since I've never used the wiki before I don't know how to edit it in myself.

Here's the link, if someone else wants to do it.

Ok, this is something that I think we should do.

MAAAAAAAAAAAAAAAAANY new fans have no idea that the trailers or characters exist...and you know, they're mega important. But they just skip it.

And then they probably don't know about the World of Remnant series.

And if they want to experience more of RWBY they have other pieces of media.

We have a Media page, but it's not friendly towards new people. It's cold and organized, not friendly and inviting,

We could make a friendly page for new fans. Most people will first check here. Let's face it, RWBY is a mess and people need help.

"Wait, what do you mean I was supposed to watch "trailers" to get the whole story?" "What do you mean there's an additional series for the lore?? what? Nobody told me that!"

Maybe put it on the first page?

Is there a comprehensive list of RWBY canon video material? If not, what am I missing?reddit

https://rwby.fandom.com/wiki/User:Decapitate_All_Trannies has vandalized dozens of pages on the wiki in the past hour or so to replace them with slurs and general offensive nonsense

(edited by A Fandom user)

Thinking about it, the "Affiliation" subpages would more accurately be called "Relationships", wouldn't they? I think? Relationships mean any and all relationships while Affiliation is just people you are assocated with?

The main RWBY page is long and kinda all over the place.

Let's separate is into 3 pages. OR let's add tabs and make 3 sub-pages.

The "Past" category was kinda meant to tag things from the before time, before the gods left, but we have things like Ozma's house, salem's cottage and the maidens tagged too.

We can't just put that category on "everything that happened a while ago".

What to do, get rid of them altogether? Have an "ancient past" category? Dunno...

In my quest to improve the wiki I overstepped my bounds.

I have been overhauling categories and saw the staff categories have been out of date and completely disorganized and just stated editing them without considering the number one rule: don't edit other user's pages without permission. It was a breach of rules and I don't know what to do.

They still need to be updated OR removed, but currently they are a mess. And several staff members aren't even on the wiki any more and getting their answer is impossible.

(the Administrators category still needs to be renamed to Administrator, and do we use Moderator for both Content and Discussion moderators, or have two different categories)

(It would be the best to just instate categories based on the actual positions: Administrator, Bureaucrats. Moderator, Content Moderator, Rollback, Discussion Moderator and Chat Moderator, and a "RWBY Wiki Staff" for everyone, with maybe even "Former RWBY Wiki Staff" if anyone wants that, but probably not)

Something something categories are a bit of a mess, yeah, but if we have a talk we can figure out something. It's difficult to start, making changes is actually fairly easy. And we'll feel better after. :)

Landmarks and category locations: Pretty much every page that has one, also has the other. The two mark the same pages, rendering one of them pointless.

Mino: "Again, the categories are a bit of a mess, I think it's meant to be Landmarks being structures or buildings or whatever and Locations being broader areas like forests or lakes. The locations in general could do with some work categorising them and reworking the infoboxes to be useful for the various types of things. "

Buildings should have "Landmarks" and forests/lakes should be "geographic locations"?

Also... why "geographic locations"? aren't all locations geographics? ...well i guess all of these are "locations" but natural formations are "geographic". yeah, nevermind.

What do people think

We could make pages for the live action shows:

(the RT wiki already has a page for it)

(RT wiki also has a page for this one)

(is currently airing. I have the thumbnail for the first episode.... if we need it)

Would it be moral to just copy the entire pages to our wiki? I was gonna ask, but I saw that the wiki admis have been inactive for months, some years even, so is it a dead wiki? Idk.. Just copying their homework sounds scummy... what does it mean to copy the homework from a dead person...

anyway, just putting this on the admin request board... alongside the rest...

What if we made a page for deleted concept and content from throughout the series?

here's a clip of the commentary discussing the SSSN v JNPR doubles fight.

Hello there, I was just wondering if these people should get their own pages on the wiki since they have had some notable roles before RWBY?! Also, I knoticed that the names of some of the animators are missing from the cast and crew navbox and if you guys can help out with that issue too?!