What would the story be like if instead of going to Atlas after the Mistal arc they main cast went to Vacuo and went though the events of after the fall and before the Dawn along with team SSSN and team CFVY. And since Salems next target was Vacuo what she made an alliance with the crown. And how would Ironwoods plan in Atlas turn out if Salem never intervened with assassinating his opponents and rigging the election allowing his Amity plan to go more smooth?

What Ideas would you put in this hypothetical what if?

I watched the lost fable on dailymotion and Salem was a serious liar before she went in the Grimm pool. She lied to humanity saying that her curse was a benefit she stole from the Gods. And when the God of Destruction destroyed humanity on impulse for using the gift of destruction against him she blamed everything and everyone but herself. And when she jumped in the Grimm pool it was stated that since a source of infinite destruction couldn't destroy a being of infinite life it created a being of infinite life that desired infinite destruction. And before Ozma reunited with her she was a witch that terrorized the countryside, she even had an enraged expression when answering the door before she realized it was Ozzy. Then later she mentioned that rather than redeem humanity she wanted her and Ozma to replace them with their children. Salem wasn't a good person she just went from bad to worse. 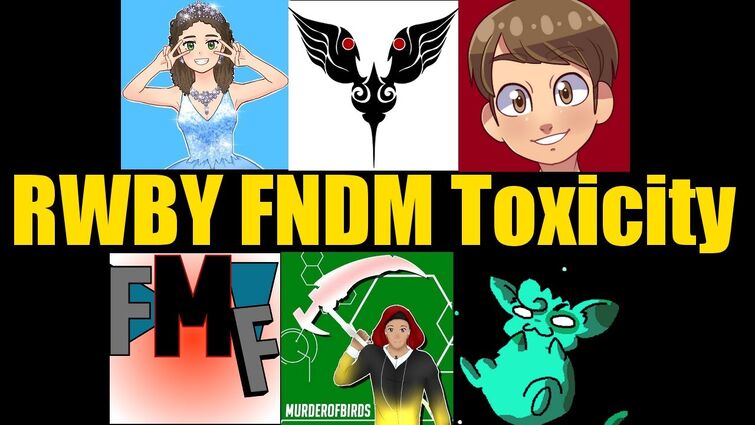 Disclaimer: Despite this video being posted by Twiins iink. So I will probably get backlash from this post. I know I'm gonna get posts and comments saying, "not this sh*t again." Well, I'm sorry, but I sincerely think we can learn a thing or two from this video.

This video discusses the genuine concern with what fans and audience members have with the toxicity in this community. The mob mentality of you're either a hater or a shill for simply having a disagreement. I will admit, I have fallen towards the Hatedom side a bit, just because I thought people were making disingenuous posts just to spite me or others. It's so easy to twist a comment or post as spiteful or dishonest. Frankly, that doesn't add for healthy discussion, and I'm sorry if people thought of me as petty or rude. To be honest, this video has opened up my eyes about this community. Not because the haters or fanatics are overtaking the community, but that the people who have genuine critiques of this series are afraid of voicing their opinions because they'll get called a hater. If they have a praise with something in the series, even if it's minute, they get called a shill or a simp. It's easy to be vilified as one thing or the other.

The people who demand others just give this show constant praise, "good vibes only," and the people who claim anyone who likes this show is a shill or an idiot are a small minority. But those minority groups in this community are extremely vocal unfortunately. So it is very easy to get pulled in either or direction, and it's easy to not want to voice your opinion otherwise face backlash from one toxic camp or the other. Like I said, we could learn a thing or two from this collaboration video. 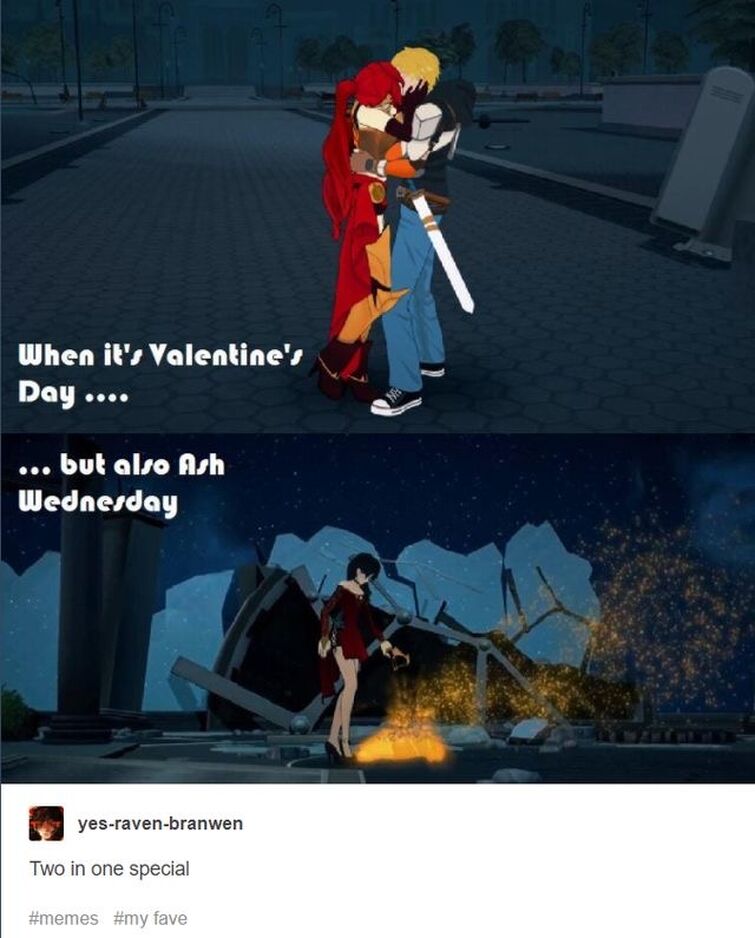 This is the cruelest image I have ever seen in a very long time. How could you do this??!!😆🤣😭😭😡 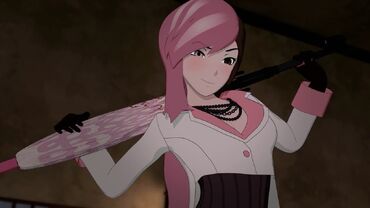 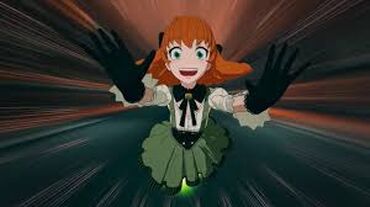 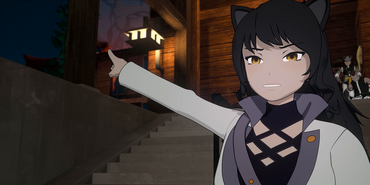 Blake inspires the faunus of menagerie 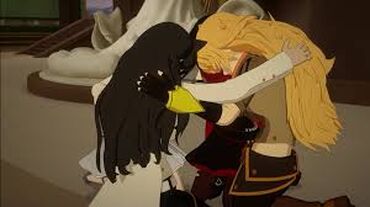 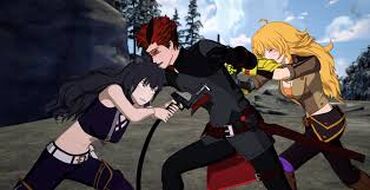 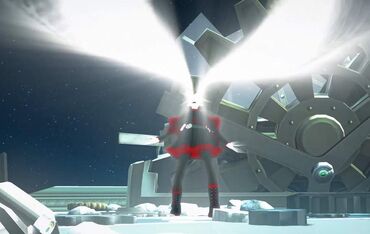 Ruby activates her silver eyes for the first time

I feel like the paring of Maidens with Relics should've followed symbolism and could've been done better.

Winter symbolizes the end of the year and the death of summer when everything seems lifeless or stagnant and is associated with death, old Age, pain, loneliness, despair or an end. So I feel the Winter Maiden should've been associated with the relic of destruction.

Autumn represents adulthood and maturity and is when animals prepare for the coming of Winter, so the Fall Maiden should've opened the gate to the relic of knowledge.

Spring is associated with rebirth and renewal also concepts like childbirth, youth and growth. So it would've made more sense if the Spring Maiden was the key to the relic of creation.

I collect just about everything RWBY apart from the clothing, so I spend a lot of time looking around for interesting items. I purchased one of the Jazwares plushes recently, the Zwei one to be specific but the only thing is he's purple! I have looked around for information but there are no results at all. 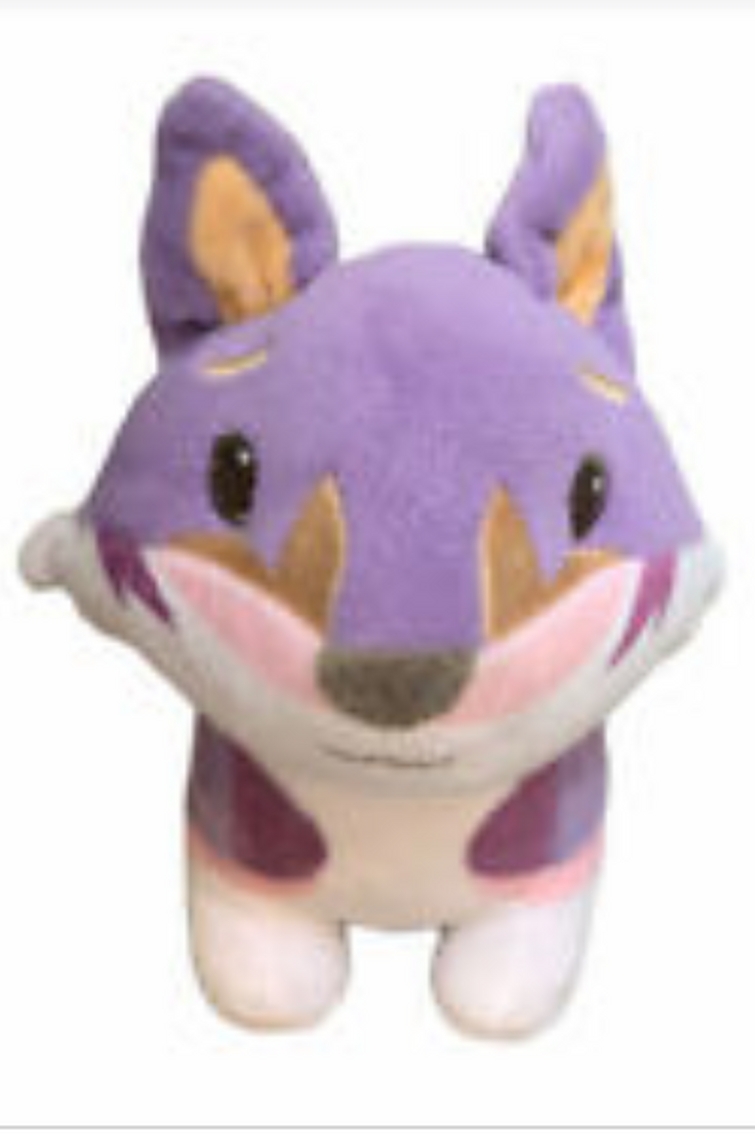 I thought perhaps he was a bootleg or something before I purchased it but the label is correct, the materials are excellent quality and there's nothing wrong with it. It's the same as the normal one, just, well, purple.

My second guess is that he's a Hot Topic or Game Stop exclusive, something like that, because the other Jazwares products including the vinyl figures and the mini vinyl figures have a few exclusives too. So that's my best guess.

Can somebody let me know the background of this? Thanks if you know!

Now first I want to say. I don't remember if I asked this question already or not, but basically all I'm asking is, if Pyrrha survived the fall of becon would anything have been majorly different in Volumes 4, 5, 6, 7, and 8 or would they have all been the same just Pyrrha would have been there? 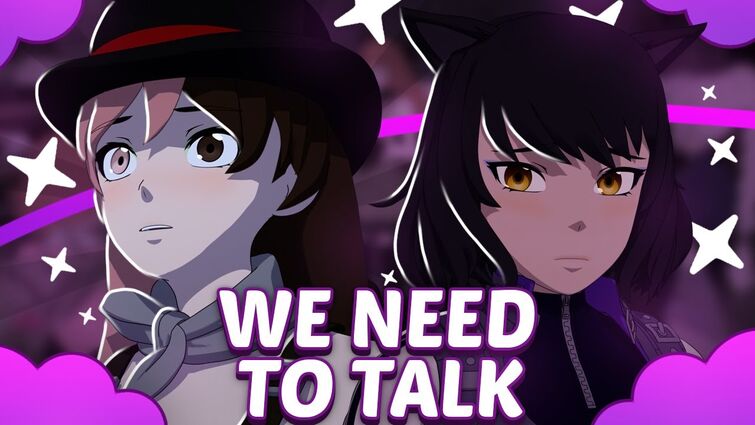 I want to have a discussion on this newly made video from UOW. Do you guys think this video has good points, or is "just another hater complaining"?

I am genuinely curious about what people have to say about this video. I think this video has some legitimate points i.e. how the series poorly handled controversial topics like racism and discrimination. They also talk about how "Toxic Positivity" leaves a negative impact on people and in turn will make people into pariahs by the community all because they longer wish to give blind praise.

With After the Fall, Before the Dawn, Fairy tales of Remnant, and the upcoming Roman Holiday. What kind of Novels from the RWBY universe would you like to see in the future?

Yang in later volumes is portrayed to have the first type, Blake however has consistently been portrayed as having the second type. What bothers me however is that, that made it like if they were in a relationship all along. But if Yang had abandonment issues as a result of Summer Rose's death then that would have to mean that she was impacted heavily by it. Yang looking for Raven when looked at compared to real life it seems like it would be more out of curiosity rather than loss, because how could you form an attachment with someone you never knew. And more importantly can two people with two different types of abandonment issues form a functioning relationship.

I will bet someone 1000 dollars that if Pyrrha comes back they're going to do the same thing they did with Penny. Bring her back for one Season and then by the end of next Season Kill her again.

This post is locked.
Ruby and Yang vs Mercury vs Neo
Yang and Taiyang vs Hazel
Adam vs Vernal (Raven's Memories)
Raven brutalizes Yang
Marrow vs Robyn vs Gillian
Raven and Theodore vs Salem

For the past two and a half years, I've kept a close eye on this fandom. I've rarely interacted with any of the members - mainly because I view a vast majority of them as extremely combative: including, and with added emphasis, the moderators.

For most of my time here, I've witnessed extremely vile and hateful discourse between fans of the show and critics of the show. There are virtually no members who are objective, and even the ones that sound somewhat objective are firmly biased in one direction or the other and occasionally devolve into the same kind of vitriol as the more egregious members.

In this sense, the RWBY wiki has been composed of equal parts rabid, pro-RT zealots and toxic, anti-RT haters. Every discussion, no matter how innocuous, has been permeated by this discourse to some degree.

Of late, however, the moderators (who fall firmly in the pro-RT zealot camp) have used a new system of rules to begin to ban (and eventually permaban) all critics from the forums. While this will, indeed, end the vitriol I spoke of, it will inevitably turn these forums into a mindless parade of unending praise and worship. Thus, the RWBY fandom has become - by definition - a tribalistic cult where dissent is treated as heresy and condemned. And, therefore, freedom of speech here has been abrogated.

I had hoped that eventually the two sides would become more tempered and a more principled, moderate group would rise up and become the majority - but alas - it seems that the forums have succumbed and cannot be saved. There can no longer be any possibility of meaningful discussion.

Consequently, I will no longer be taking part in any further observation or discussion here, nor will I be keeping up with the show any further. Any work that produces a fanbase this toxic clearly isn't worth watching or examining. In truth, I regret ever watching RWBY or immersing myself in the degeneracy that it spawned in its wake.

The tragedy is that the RWBY fandom has done permanent and irreparable damage to the show itself and to its viewer base. It's impossible for fair-minded, good-hearted folks to take part in a viewership so tribal and so full of hate. I believe that if the fandom were more civil, the RWBY viewership would be far more robust and RT would be far more prosperous. But, unfortunately, the stain of this fandom will forever scar the show.

Goodbye to you all. I hope you find a way out of the black hole that's swallowed you. Peace and love.

THAT HOW IDEAS FOR VOLUME 9!! 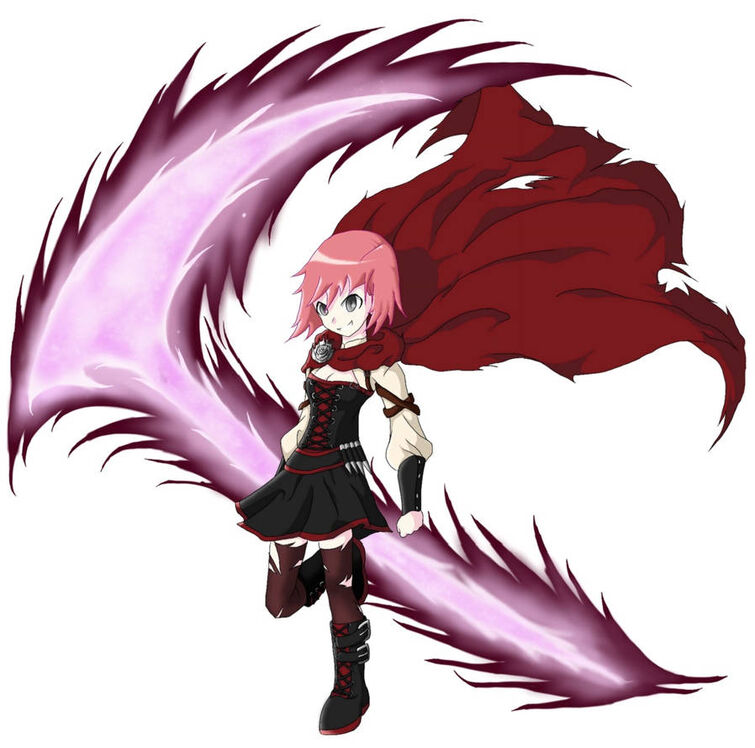 If you were to change specific parts in the final episodes of volume 8 and give Ironwood a redemption arc how would you do it and what changes would you make it so it could have hypothetically happen in your head cannon?

Team STRQ's Initiation (Past)
Hazel and Tyrian vs Shiro vs White Fang (Past)
Oscar vs Neo (Past/Present)
Cinder's Faction vs Harriet and Tortuga (Past)
JNR, Oscar, Mercury, and Emerald vs Cinder
Glynda vs Bertilak